Dr. Tucker organized the New Commandment Baptist Mission with 18 members in early 1990 and was set apart later that year by Dr. Harold A. Carter, Sr., of the New Shiloh Baptist Church, Baltimore. The church purchased their first building on Park Road, Washington, D.C., the number one drug trafficking block in the city at the time. In rapid succession the church purchased an adjoining house, acquired property across the street, and in the rear of their building. Later on, they would purchase an apartment building one block over for the purpose of creating affordable housing in the community.

In 1997, Dr. Tucker became a co-founder of Jobs Partnership Greater Washington, a faith-based non-profit whose mission is to bring churches and businesses together to train, mentor, and employ the unemployed, underemployed, and the hard to serve, including the ex-offender. There have been more than 3,000 participants assisted by the organization’s programs.

He is currently President of Jobs Coalition, Vice-President-at-Large of the National Capital Baptist Convention of D.C. & Vicinity, board member of the D.C. Students Construction Trade Foundation, and Project Bridges.

He is married to his college sweetheart, Roberta Cornell Tucker and they have two children, Kimberly and Steffani and four wonderful grandchildren, Jessica, Dewayne, Kayden, and Jordyn. 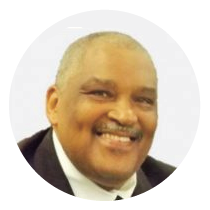 Letter to the Congress Attendees

The slogan for the National Capital Baptist Convention is “NEW.”  Network, Education, and Worship.  Our Congress of Christian Education is the “E” in NEW.  The Congress is the educational arm of our convention.  Under the leadership of the President, Rev. Dr. Leroy Gilbert and the Dean, Rev. Alfred Wright, and their staff, with my support, they have developed 13 Schools of Congress to meet the needs and interests of our churches.

This website is an extension of the main NCBC’s website, http://www.nationalcapitalbaptist.org.  You will find on this website, not only information, but eventually featured articles by our members, review of books and courses for churches.

The Congress for Christian Education has planned monthly educational sessions, as well as the Annual Congress of Christian Education.  We encourage all Pastors and affiliated churches to support and participate in the activities and sessions of our Congress.

As Christian workers we have a mandate from God to, “Study to Show yourself Approved to God, a workman that needs not to be ashamed, rightly dividing the word of truth.” (2 Timothy 2:15).  The curriculum for the Congress of Christian Education is designed to help us: “Study,” God’s word; “Show” Christ in our lives; and “Approved,” to equip us with certification for Christian work.

We are excited about the activities and progress of our Congress of Christian Education.  Get involved, you and your church will be blessed.